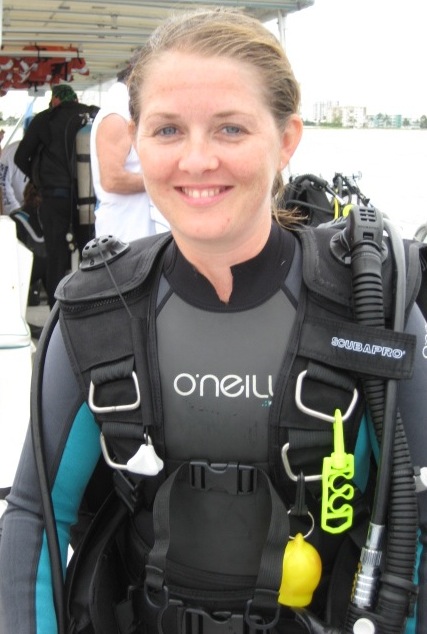 Sarah started out life as a model for her dad’s fashion design company. After almost 100 print and TV commercials, she landed a gig as the youngest daughter Jenny on Hey Dad..!

Hey Dad..! turned into Australia’s longest running, highest rating sitcom. It was shown in over 30 countries and currently has 3 DVD sets. Sarah also made appearances on long running soaps “Sons and Daughters” and “Home and Away”.

At the age of 15, seeking a little more adventure than spending all day divided between school and a television studio, Sarah signed up for an AFS exchange program and ended up in Honduras for a year.

Sarah enjoyed a year of being a normal kid, learning to speak fluent Spanish and to appreciate running water. She survived a military coup her first week there, getting shot at in a concert at the soccer stadium, and had fun dancing and snorkeling in the Bay Islands, visiting the ruins of Copan and traveling through a true third world country.

Upon returning to Australia, Sarah moved out of the spotlight, enjoying working behind the scenes.  She also learned she loved to cook and worked in several restaurants kitchens. Other eclectic jobs to round out the resume include stable hand, bartender, clothing cutter, IT help desk tech, SEO and trophy wife.

At age 21, it was off for another adventure through the US. Spending 5 weeks traveling through the South. A couple more trips to the US followed, before meeting her husband Matt, an American living in Brisbane. An around the world trip with 3 weeks in the Bahamas followed. Getting Scuba certified in the Bahamas set off the passion for Scuba.

Getting to see half of the US while traveling with her husband, Sarah knew she wanted to keep traveling and seeing more. She also wanted to be able to share those travels. Given her television background, a travel series seemed the logical conclusion. So, she created the concept of Going Down, a way to mix her passion for Scuba, Travel and Production.

So far Sarah has stamps in her passport from Australia, New Zealand, Hong Kong, Korea, Japan, Honduras, Mexico, Canada, the Bahamas and the US. She’s hoping this next year she’ll get to add a few from Europe.

When not working on Going Down, Sarah Monahan can be found helping people get their 15 minutes of fame at her company, ShrimpTank Productions.