Wish there was a site dedicated to reviewing Scuba Stuff?

Well, now there is! It’s called UnderwaterAdvisor.com and it’s dedicated to Scuba. Whether you want to review a Scuba resort or a local dive shop, it’s the only place that’s devoted to Scuba activities. So, before you go book your next vacation, or head to the local dive shop to buy a piece of equipment, go to UnderwaterAdvisor.com to make sure they’re really the people you want to deal with….

Getting Certified before you go.
Don’t waste valuable vacation time in a classroom!

Sarah Monahan sat in on some classes at Houston Scuba Academy to show why you should get certified BEFORE you go.

Did you know there are TWO recognized dive flags? 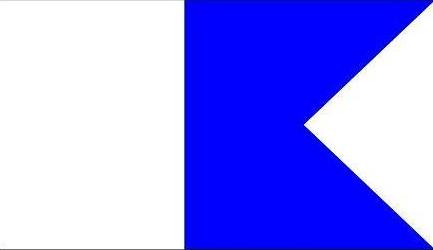 The Alpha Flag, or Signal Flag A is Internationally recognised to mean that there is a Diver in the water. More specifically, it means that a ship has limited maneuverability because of a diver in the water.

This Flag is most recognized in Commonwealth countries, such as Australia, New Zealand, South Africa, the UK and also throughout Europe, Israel and Africa.

The Alpha Flag is intended to protect the vessel from collision.

The Diver Down Flag is the most known Scuba flag in the US. It can been seen on bumper stickers, on flags flying above Dive Shops, on T-Shirts and of course, out in the water. Even most non-divers will recognize the Diver Down flag as a scuba flag.

Most US States, Canada and countries like Italy require the US of the Diver Down flag when diving in local waters. It lets boaters know to keep 100 ft away. When near the surface, the diver should be within 100ft of the flag.

So which flag should you use? Your best bet is to go with which ever flag is most recognized where ever you are diving. Or, put up both, just in case. In the Americas, I would definitely use the Red Diver Down Flag, but anywhere else, I’d probably use the Alpha Flag, or both.