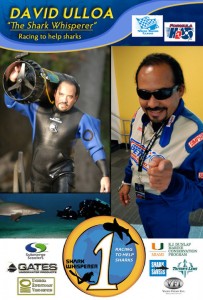 David Ulloa will be competing as Team Shark Whisperer in the 2010 Gold Coast Underwater Grand Prix on August 20th – 22nd. Formula H2O racing is an action packed sport which combines underwater scooters and scuba diving racing on artificial reefs. David’s big passion in life is saving sharks. Check out David’s FB fan page, where he says: I’ll be racing in as many races worldwide as I can to promote shark conservation and raise awareness to the issues that the sharks are currently facing and posting pics from those races in this album. As team Shark Whisperer, I will be racing for and working with Shark Savers and the JR Dunlap Marine Conservation Program at the University of Miami. http://www.sharksavers.org/ http://www.rjd.miami.edu/ I’m very proud to say that our team sponsors are Submerge Scooters, Gates Housings and Triton’s Lens. I’m super excited for David and I hope he kicks ass. It sounds like awesome fun and a great cause. What better way to combine your passion for scuba diving and shark conservation. Go David!

Check out the Wreck Racing League for more info on underwater racing or to get involved. 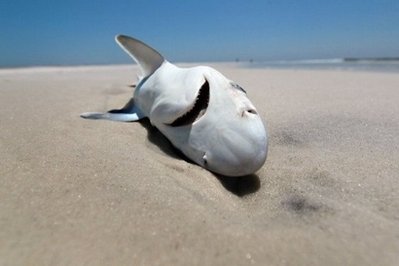 It’s been a while now since the explosion on the Deepwater Horizon oil rig in the gulf of Mexico. Oil is spewing out at an alarming rate and we are starting to see the effects on marine life.

Birds, crab and turtles are coming ashore covered in oil,  while sharks and dolphins are being found washed up dead in large numbers. I know most people are afraid of sharks, but I respect them for their position at the top of the food chain in the ocean, and images like this one make me tear up. 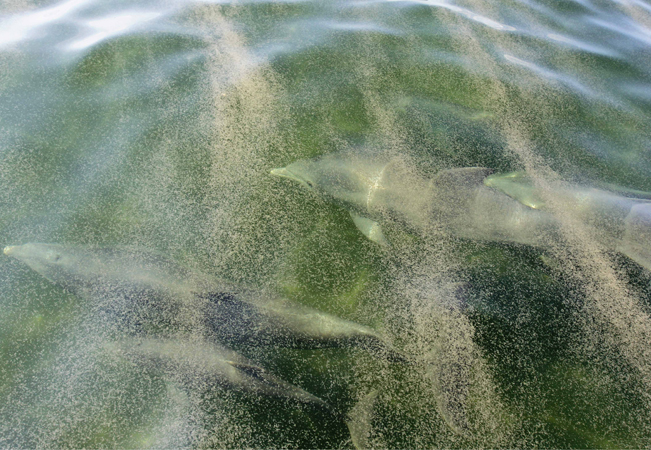 They’re still not letting civilians volunteer to help clean up the coast. It’s just too dangerous with how toxic the oil is. Obama says he’s going to make BP pay for the cleanup. Meanwhile, they’re not letting people who are willing to help to help.

There are ways that those of us who can’t make it down to the coast to volunteer or who don’t have boats to donate to the effort can pitch in. There are plenty of organizations who are accepting donations so that they can go do something to help the wildlife in the meantime.

I’ve put a badge on my sidebar where you can donate money to the Emerald CoastKeeper. They’re based in Pensacola, Florida. They are the protectors of the coast between the Alabama/Florida border across to Panama City beach. Easily some of the most beautiful coastline in the entire US.

Even if we feel helpless in this whole situation, we can at least donate something to someone who can do something about protecting our shoreline and our wildlife. Join me in making a difference.